SXSW wrapped up its 23rd annual Interactive Festival yesterday, offering those who attended a place to discover the technology of tomorrow today. The festival featured five days of presentations and panels from some of the brightest minds in technology, as well as networking events and showcases from some of best new ideas the community has to offer.

Here are some highlights from the 2016 SXSW Interactive Festival: SXSWi began the fest with a keynote presentation from the president himself. Barack Obama discussed how civilians can help the government improve its technology, as well as other technology focused topics, including his thoughts on privacy rights with Apple and the FBI. Meet INO-V8, a robot from Save the Inventor, a coalition of inventors, patent owners, and stakeholders looking to protect the American patent system. SXSW guests were welcomed to have a real conversation with the charismatic robot and take their photo with it. If you attended SXSWi, there’s a good chance you saw or tried a virtual reality device, which were abundant at the fest. In this instance, Gillette teamed up with Discovery at SXSW to create the Discovery Pressure Chamber, where guests were invited to sit in a chair and wear a VR device, simulating various situations, like riding a roller coaster. Is there such thing as too much tweeting? Four panelists discussed this topic in the SXSW Interactive panel, 140 Characters, Zero Context. “Hello my name is Mike and it’s been one year since I’ve gotten into a Twitter argument. I’ve come to more realization that maybe this isn’t the best use of my time,” said Mike DeBonis of the Washington Post during the discussion.

Despite a dreary, rainy start to SXSW, day two presented Austin, TX with sunshine, as well as spectacular views from the various downtown hotels where panels and speeches occurred.

WP Engine set up booth at the Austin Convention Center for SXSW Interactive. Employees were given the chance to volunteer on a daily basis and provide assistance on WordPress related questions and WP Engine’s managed WordPress hosting platform. Choose San Antonio set up booth at the Austin Convention Center to discuss with attendees why San Antonio, TX is such a great place to live. (Looking to move to San Antonio? WP Engine is hiring.)

Anthony Bourdain took stage at the Austin Convention Center to discuss with Nathan Thornburgh on filming scenes from CNN’s “Parts Unknown”. “I don’t think I’m a journalist,” said Bourdain, referring to why he thinks making TV can be a manipulative process.

"Being a leader, whether you're male or female, requires courage."-@heatherjbrunner speaking at #UKatSXSW #sxsw pic.twitter.com/7ERiAGZK41

WP Engine’s CEO Heather Brunner participated in a myriad of panels during SXSW Interactive, including “Startup Innovation and the Future of Content“, “Be Bold & Take No Sh*t: Thrive as an XX in an XY World,” and Great Britain House’s Afternoon Tea Party for Women in Tech. 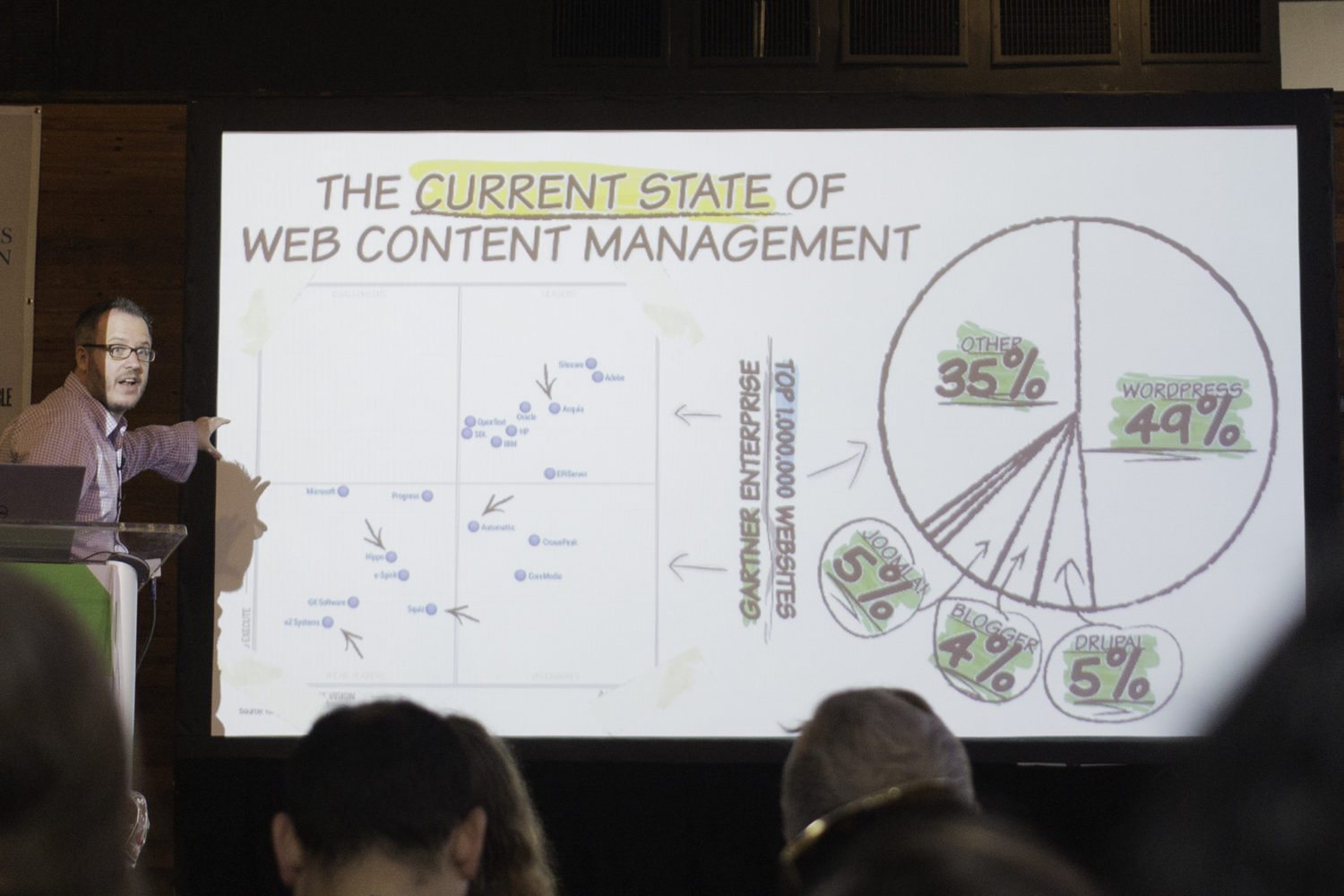 In his speech, The Future of Open Source Content Management, CEO of Pimcore Dietmar Rietsch discussed why modern CMSs must adapt to consumer behavior. “It’s about experiences and how you utilize technologies in terms of the user experience,” Rietsch said. Hum On! is an app that allows you to create musical scores (classical, jazz, dubstep, etc.) from your humming voice. Samsung Electronics unveiled the to-be-released app at this year’s SXSW.

Nasa was in attendance this SXSW to discuss space related topics, including its mission to Mars and testing the largest telescope to ever be launched into space. 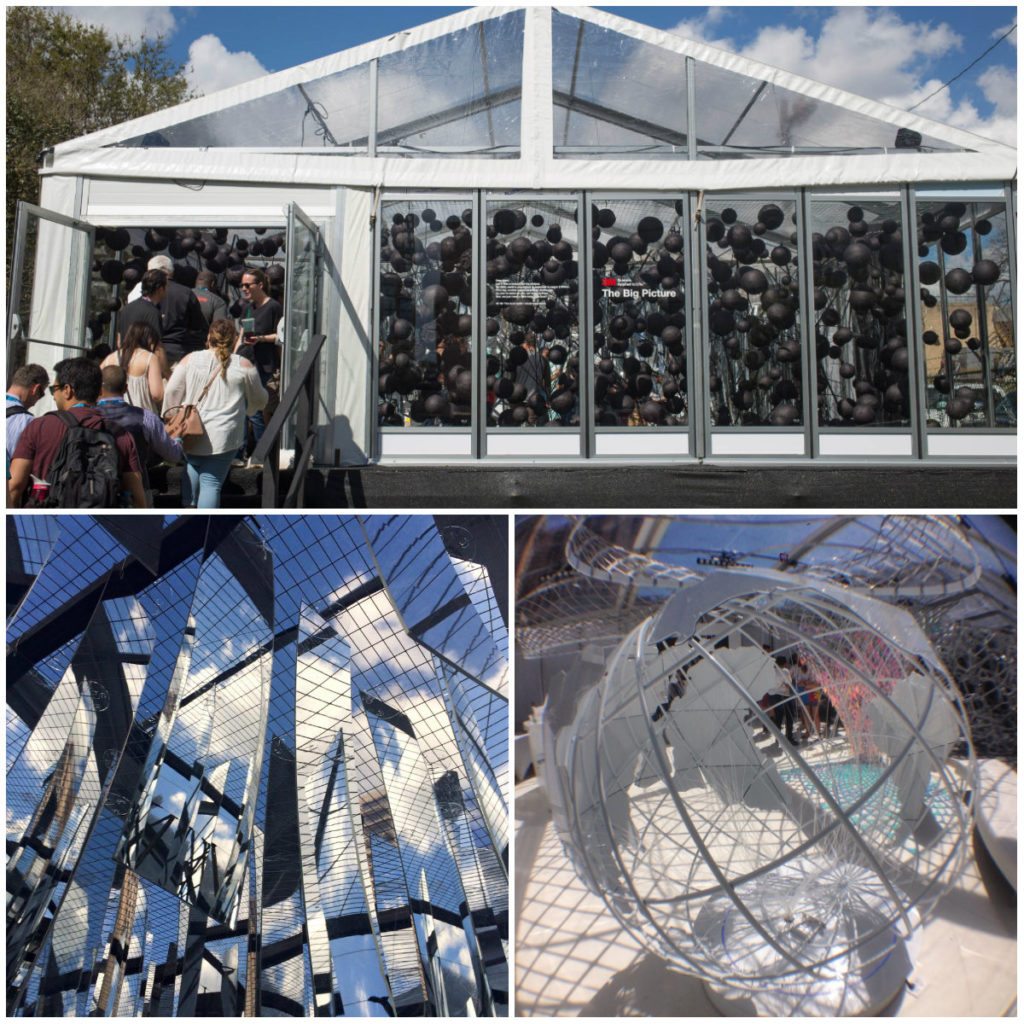 3M LifeLab: The Big Picture provided its guests with a glimpse at what the world might feel like as it becomes more and more overpopulated by 2050. The art installation transformed from a dark and crowded entrance, to a light and airy finale — a representation of what it will feel like it we address and resolve the overpopulation problems we currently face.

What were some of your favorite events this SXSW Interactive? Let us know by leaving a comment, or tweeting us your photos and experiences @wpengine.